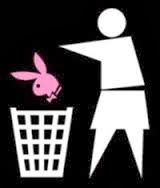 WARNING: I get a bit graphic here, and it's an adult topic meant for some adult readers. I am writing about the biggest change in our culture since the pill, and I'm pulling no punches.  This article is not for everybody.

The article concludes (my emphasis) ...

In the end, contrary to what we might wish to think, young adult men’s support for redefining marriage may not be entirely the product of ideals about expansive freedoms, rights, liberties, and a noble commitment to fairness. It may be, at least in part, a byproduct of regular exposure to diverse and graphic sex acts.


This relates to my recent post, which is an article in the Mail Online, about how unbelievably depraved sex acts are now the norm to 14-year-olds who have been exposed to them online.

You have NO chance of winning the debate by hoping that some innate disgust with buggery will sway people's minds against "same sex marriage".

What I am just beginning to realize is that, when I said, "Why are we so foolish to think that unrestrained sex will not lead to human misery and depravity?" and a Facebook friend replied, "Well, why would it?" - this is the "new norm". It is beginning to dawn on me. We realize that the elimination of all gun control and laws against homicide would lead to barbarism; but we can't see that the elimination of moral laws regarding the weapon all guys "conceal and carry" - the penis - and any social norms prohibiting the harm that unrestrained use of said device and its corollary produces - we can't see that eliminating such things will obviously and inevitably lead to something even lower than barbarism.


Honestly, people can no longer see that unrestrained sexuality is extremely dangerous.  It's not obvious any more.

Recently I've been writing about my new favorite show Catfish on MTV.  I wrote about one of the young ladies featured on that series, a girl who is enthusiastically enduring an abusive live-in relationship ...


At the age of 15 she was in a residential treatment center for self-abusive behavior (which is typically cutting, burning, self-mutilation).

She is probably a victim of sexual abuse ... and now she tells the other man in her life - a man who actually does love her - that she's not good enough for him.  She's staying with the live-in (the jerk) because she doesn't feel worthy of the good guy.

It is hard to imagine what abuse and neglect can do to a child.  I have known some very intelligent and capable and spiritually sensitive people in my day who were unable to enter into any kind of mature loving relationships because their fathers abandoned their families, their mothers tormented them, or a darker secret like molestation or suicide lurked in the shadows.


Here's the deal and we don't want to see it.   Sex is oriented toward the family.  Trivialize one and you trivialize the other.

This is a vast change in human behavior and in the molding of human nature, and we are totally ignorant of it.

I know many young actresses, but most are seriously religious.  The few young women I do know who are avowedly secular have the following traits in common.  ...

A dysnfunctional family raises young women with these symptoms.  A dysfunctional culture does the same.

Are all young secular women like this?  Of course not.  But it's the new norm.

Email ThisBlogThis!Share to TwitterShare to FacebookShare to Pinterest
Labels: PORNOGRAPHY

excellent post and a relief to see something sane online about the plague that is pornography so many have decided is acceptable. they should be advised men rape their little girls and film it. is that acceptable?