If I Said You Had a Beautiful Theology of the Body, Would You Hold It Against Me? 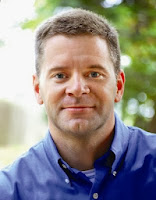 Alice Von Hildebrand has come out with a new book - critiquing Christopher West. If I were a Catholic Rock Star (I am) and a 90-year-old theologian who escaped the Nazis and was recently knighted by Pope Francis spent her prodigious intellectual talents writing what might be her last full-length book taking direct aim at me and my bad theology, I ... would simply soil myself.


So, maybe the Westians will rouse themselves again.  If so, remember blog reader JVC's handy Angry Combox Comment on Christopher West Checklist.  (Check those that apply if the comments begin appearing).


Angry Combox Comment on Christopher West Checklist
- Irrelevant personal anecdote involving Christopher West
- Confound criticism of West with sedevacantism or opposition to John Paul II
- Baseless accusation of a lack of evidence, despite numerous, readily available writings by the accused
- Reference to a clergy or lay member who has endorsed West (i.e. argument based on authority):
- Calumnious suggestion of calumny
- Excerpting something from another language, to demonstrate one's intelligence:
- Demand that the accused go to Confession:
- Sneering suggestion that the accused be charitable
- Insincere Christian greeting/blessing (e.g. "God bless you.")

We already know what West and his supporters will say: "But that's not what West teaches. Von Hildebrand has misrepresented or taken out of context what West has said, or he was not as clear as he should have been, so her criticisms are not really valid."

Considering how BADLY they lost the intellectual debate last time (it probably ended West's active day to day teaching in theology circles on the subject), and how much the landscape has transformed since then (I would not be writing regularly on one of the largest Catholic websites presenting a TOB in almost complete opposition to the TOB movement if this were 2009 instead of now), and how they lost the debate in the theological journals as well (hint, never wise to go toe to toe with Dr. David Schindler on anything, as George Weigel now admits).....

I think most of their reaction will be silence.

I can't emphasize enough how much things have changed from the last fight in the "West Wars."

Kevin, you are right, and those of us who think our efforts either count for too much or too little and who forget the grace of God need to stand back and say a prayer of gratitude. We have put forth some effort on correcting this, and the resistance has been strong, but God sees to it that the truth about anything always comes out. The truth still touches people's hearts and when something is wrong and disturbing it cannot last. Communism fell in Russia and the praise of sodomy will fall in Europe and in the States because we cannot endure the perversion of our better natures for long.

This is not to say that Christopher West is nearly as bad as communism or "gay marriage"; he is certainly not. But what he's peddling is ultimately disturbing to people on many levels. A new wave of resistance may yet hit us, but people are not blind if you give them light.

I'm still "in the middle" on West himself simply because I haven't had enough interest to bother delving into the subject, and the whole debate strikes me as equivalent, in English teacher terms, to "grammar" versus "style." That said, if anyone should be an "expert" on TOB, it's AvH since JPII said that DvH was one of his main influences, along with CSL (how's that for acronyms?).
As a CSL guy, I haven't been too averse to the samples I've heard of West, but one of the things that automatically turns me off about him, like Voris, is the whole "sign up for more videos" thing. It strikes me as the equivalent of an infomercial. "Watch this video to find out about the Theology of the Body." So you watch the video, which leads you to the requirement to sign up and/or pay for more videos that actually tell you something, then you do that, and it's "find out more in my book."
No thanks, I'll just read JPII, which I did, and scratched my head about how Christopher West gets what he does out of JPII.

That's kinda what drove me to write at Catholic Exchange about the subject. So much of TOB commentary today isn't "What does JPII say" but rather "What does this person say JPII says in this book or that video."

I don't think he's some vile heretic, but I think he's sorely mistaken about a lot of things, and some of his views about concupiscence are spiritually dangerous.

I think Kevin states that well.

Here's a link to one of his articles on TOB at Catholic Exchange (in this article he links to his previous articles) ... http://catholicexchange.com/eucharist-and-theology-of-the-body

Thanks for the plug Kevin.