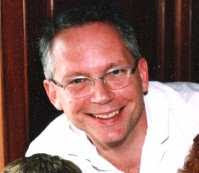 Kevin O'Brien, founder and creative director of the Theater of the Word Incorporated, will be interviewed by Father Mitch Pacwa on "EWTN Live" on Wednesday, May 21 at 7:00 pm Central, 8:00 pm Eastern & Pacific.

"EWTN Live" is the Eternal Word Television Network's most popular show. Hosted by Father Mitch Pacwa, the hour-long program will feature an in-depth interview with Kevin on his career, the interplay between faith and the performing arts, and on the shows that are being offered by the Theater of the Word.

Kevin will also field live calls from viewers and questions from the studio audience.