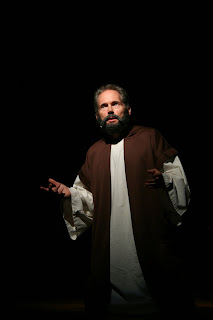 ‘Journey of St. Paul’ to bring apostle to life on local stage

SAINTLY PRODUCTION - Theater of the Word founder Kevin O'Brien portrays St. Paul in upcoming performances of 'The Journey of St. Paul.'
Want to learn more about St. Paul the Apostle?

Theater of the Word, a local Catholic theater production company, is offering to archdiocesan parishes performances of "The Journey of St. Paul," to coincide with the Year of St. Paul designated by Pope Benedict XVI.

Presentations will be offered to parishes for free, with donations accepted, said Theater of the Word founder Kevin O’Brien.

"Our main focus is to evangelize, to share the word of St. Paul and to let people know who we are," he said.

Theater of the Word launched its inaugural season last year at the Cardinal Rigali Center in Shrewsbury. The company presented five shows, all with a Catholic perspective.

"The Journey of St. Paul" was the company’s final production of the season. It details the story of St. Paul, beginning with a scene from the Acts of the Apostles, Chapter 25, in which St. Paul is a prisoner at Caesarea under the Roman governor Festus.

St. Paul is then brought before King Agrippa and Queen Bernice, where he tells the story of his conversion to Christianity. From the recounting of his miraculous conversion on his journey to Damascus, the cast performs dramatic scenes of healings, shipwrecks, stonings and miracles.

"It shows how real the Church still is and how real it was and the kind of effort and sacrifice that went along in the beginning to establish the Church after the Resurrection," said O’Brien.

The Church is currently celebrating the Year of St. Paul to

mark the approximate 2,000th anniversary of the saint’s birth. The year began June 28, the eve of Sts. Peter and Paul, and will continue through June 29, 2009.

Theater of the Word also has performed "The Journey of St. Paul" in various places around the country this summer, including the Archdiocese of Hartford, Conn., and Archdiocese of Cincinnati. It also has been performed for EWTN and will be featured in a series O’Brien is producing for the Catholic television network in 2009.

Response to the show has been overwhelming, he said.

"People tell us how much it moves them and it makes St. Paul seem more real to them." Others have said how they have enjoyed hearing "the words of Scripture performed. Most of the dialogue is taken from the Book of Acts and Paul’s epistles."

"Parishes seem very interested in doing something to commemorate the Year of St. Paul," he noted. "I think the Holy Spirit is at work, and the Holy Father was inspired to make this the Pauline Year. People in general are wanting to know more about the great apostle."

Performances will be offered to parishes throughout the year, but O’Brien said that the company’s schedule will become tighter once its second season kicks off in late October at the Cardinal Rigali Center.


Show dates and times are subject to change. There is no admission charge. A freewill offering will be accepted after each show to support the ministry of Theater of the Word. For more information, call (314) 849-WORD (9673).
Posted by Kevin O'Brien at 2:54 PM 1 comment:

Email ThisBlogThis!Share to TwitterShare to FacebookShare to Pinterest
Labels: TWINC

My son Colin O'Brien's pro-life video Silent Murder was recently featured on the Video Room of InsideCatholic.com . Go to http://insidecatholic.com/Joomla/index.php?option=com_content&task=view&id=1154 and scroll down to the Aug. 27 entry - or just watch below.

His video apparently caused quite a stir among the judges in the Archdiocese of San Francisco's film festival. Watch to see why!
Posted by Kevin O'Brien at 2:30 PM No comments: 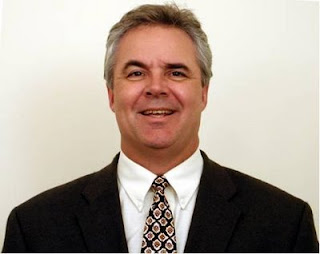 Be sure to watch EWTN at 8:00 pm Eastern, 7:00 pm Central on Monday, September 15, 2008 as Theater of the Word founder Kevin O'Brien will be interviewed live by The Jounrey Home host Marcus Grodi (pictured above).

The Journey Home is one of the best shows on EWTN. Kevin will tell the story of his faith journey - from atheism to paganism to Lutheranism to Episcopalianism to the Catholic Church. It's an amazing story, dramatic in more ways than one, in which theater and the Holy Spirit play the most crucial of roles.

Viewers may call or email questions during the broadcast.

The Journey Home airs live on Monday nights, and is repeated Tuesdays at midnight and 9:00 am Central, Wednesdays at noon Central and Saturdays at 10:00 pm Central.

Posted by Kevin O'Brien at 2:13 PM No comments: