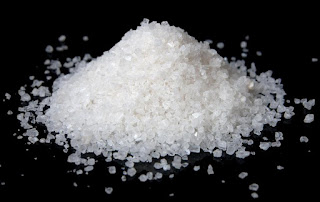 From an email to a student ...

Today I wanted to quote one short Bible verse that really struck home for me yesterday.

You are the salt of the earth; but if the salt has become tasteless, how will it be made salty again? It is good for nothing anymore, except to be thrown out and trampled under foot by men.  (Mat. 5:13)

One of the versions of that verse at the link above translates it thus, "if salt becomes insipid, with what will it be salted?"
INSIPID is a great word.  It means not only "tasteless", but stupid, inane, unable to cause excitement.
The original Greek word in this passage (Mat. 5:13) is μωραίνω, a word that means both "tasteless" and "stupid" or "foolish", and is a word related to the English word "moron".  Elsewhere in the New Testament, this word is translated as "stupid" or "foolish".
I'm sorry to say that almost everything we do officially as the Catholic Church is "insipid".  This is not true for EWTN or the American Chesterton Society, for instance, but it is true at 95% of the parishes I visit in my travels, and it is true in the lives of most Devout Catholics I know.  The vast majority of Catholics I know do not know their faith, do not care about their faith, and do not practice their faith.  The small percentage I know who are Devout Catholics tend to be INSIPID.  They are like the architecture and music and homilies in the suburban Church.
I am trying to be careful not to rant here, because it's easy to get caught in a toxic mood about this sort of thing.  But I am describing something very real and spiritually deadly.
As a group, Catholics have become insipid.  Why would anybody want to be Catholic?  We have no character.  We are inspired by nothing.  We smile a cheesy smile, and our communion with one another is as lame as the "sign of peace" at Mass.
I'm a crabby old man, but what I'm saying is true.  We should be on fire.  We have the strength of the cross behind us.  We have a God who descended into the darkness and muck and mire of our worst sins to save us.  We have a glorious rehabilitation at our fingertips.  We have life and joy and the pungent taste of love, true love, love that fears nothing.
If all your life you've been taught (as most Catholics have been taught), "Jesus was nice, you be nice, too," you've been taught a lie.  He loves us with a love that is not "nice".  He loves us with a love that would do anything for us.  He loves us with a love that shocks and disturbs us.  The cross is never "nice".
And that's how we should love, too.
Because we are the salt of the earth.  And if we become tasteless, insipid, foolish, limp, lame, lifeless and dull, we are only fit to be thrown out and trampled under foot.

Posted by Kevin O'Brien at 8:14 AM No comments: 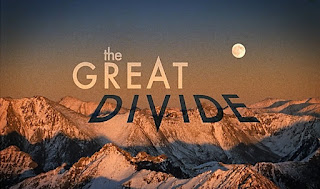 From an email to a young person ...

We live in a time where the world is split in two.
It's not so much Trump supporters vs. Trump haters.  It's people who think life has meaning vs. people are think it doesn't.  Those who think it doesn't have a variety of solutions to this problem, most of which entail imposing your own so-called meaning on life, while spending your time indulging your various appetites.  Because if life has no meaning, then there is no God, no sin, no virtue, no point to anything.  (Contraception illustrates that there is no point to anything, including sex.)  And what optimism we find in this camp of nihilists is the optimism that we can make the best of a terribly bleak and depressing situation.  Life is pointless, but let's go around being nice anyway.
The Catholic Church has been infected by this.  Most Catholics think of religion as a stopgap, as something you do to fill time or give yourself consolation, or as a way to get together with others, or as a way to express religious longings and desires, but as nothing more than that.  The problem is, this is the attitude of many priests and bishops and this is taught implicitly or expressly at many seminaries.
Today a Catholic family told me the story of how they sponsored a talk at the seminary where the husband works.  They brought in a Catholic celebrity to give a talk, and he talked on the sinfulness of homosexual acts, and after the talk, he was confronted by a group of priests from the seminary, all of whom were furious with him and one of whom argued vehemently with him.  After the argument, the speaker asked for the priest's blessing, and as he blessed him, the priest said, "I absolve you of your sins" - meaning his sins of pointing out the wrongness of sodomy.  Imagine that.
When the reality of religion dies, what's left is a prop or an empty shell, or worse, a weapon to be used against others.  For many priests, the Church is something to shelter, protect and defend their perversions, and nothing more.  It's really that bad.  In fact, in some ways it's worse.
But there remain a few serious priests and bishops, faithful to Jesus and to what He teaches and leads us to.  But even if all clergy were to abandon the Faith, even if all our family and friends were to abandon the Faith, we must be true, for we know life has meaning, and that it's a meaning that's revealed to us, not a so-called meaning that we arbitrarily impose, and that the deepest truth of the meaning of life is revealed by Christ on the Cross.
And yet, in our own circles of Devout Catholics, we (quite naturally) develop a fortress mentality.  We are shocked at how most of the world is on the other side of this great divide.  Most of the culture around us is thoroughly atheist (people who believe life has no meaning must, whether they realize it or not, be atheists).  And we are stuck like the Catholic speaker, being berated by people we thought were with us, but who are actually against us - and who are even going so far as to abuse the sacraments in an attempt to defeat us.
And yet the fortress mentality is not good.  We must be on the offensive, not the defensive.  The gates of hell will not prevail against the Church (Mat. 16:18), and this image means that we must be attacking the gates of darkness and despair, not huddled in fear behind our own moats and drawbridges.  We must go out and actively love our neighbors, as an expression of our love of God.
Because, you see, atheism is very painful.  It is unnatural.  It makes people unhappy, even though they think the sins they choose are fun and even though they clutch at them.  It goes against every fiber of our being, because we are made for God.
And so, in this day and age when it's so clunky out there, don't forget that everybody wants to love, everybody wants to be loved, and no one will see the face of God unless they see it through the things He has made - including us.  We must radiate His face.

Posted by Kevin O'Brien at 9:07 AM No comments: 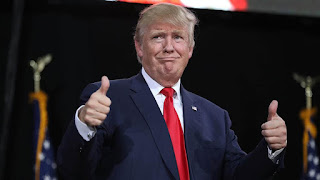 I am deliberately avoiding politics on this blog, but I want to make a prediction.  This is not a statement in support of President Trump or in criticism of him.  It's a statement of what I think is going to happen.

If I'm right, I will be the first person that I know of to predict this.

When the Bill Clinton scandal started about 20 years ago, I predicted early on (privately, to my family and friends) that it would eventually come to nothing because the average person would not care that Clinton perjured himself over sex acts in the White House.  I thought that was a shame, but I thought that would be the case, and I was right.

This time around, things have been far too murky to make any predictions in a similar vein.

If this article in The Atlantic is correct, then Trump is toast.

If the article is correct, if the surmises are true, and judging from the speed at which this investigation is proceeding and the direction it's apparently taking, then this is about much more than Russia, it's about what is perhaps a lifetime of criminal activity.  And if that's the case, Trump will eventually resign, on the condition (stated or not) that he and his family are pardoned.

It may take two more years, but Trump will not complete his term.

They've got him.
Posted by Kevin O'Brien at 4:31 PM No comments: