"Cassockists" and the "Maciel Method" 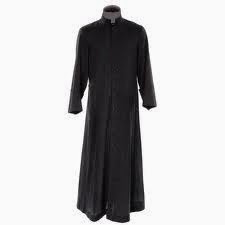 The conclusion is a bit anti-climactic.  The only major player to suffer any kind of serious consequences for this long and tawdry affair seems to be Bishop Livieres of Ciudad del Este, who was asked to resign by Pope Francis back in September.  Meanwhile, Urrutigoity and his crew of followers and supporters are still out there, many of them are still functioning as priests, at least one of them  continues to fund raise despite his association with the Society of St. John - an organization whose founder allegedly engaged in sex abuse and financial fraud - and I am told that even though Urrutigoity's associate Eric Ensey has been "defrocked" he still continues to present himself as a priest.


One of the themes that runs through this story is how easy it is for scoundrels to prey upon conservative Catholics simply by using the Fr. Maciel Method - be anti-liberal, pro-Latin Mass, say the right thing, wear cassocks, and you can raise as much money as you want, even while admittedly sleeping in the same beds with underage boys and lavishly wasting the money that's donated to you.  Urrutigoity and his crew were simply preying upon disaffected Catholics, who are angry at the abuse of doctrine and liturgy under the reign of the liberals, and who let that anger cloud their judgment and affect everything they do.

In fact, these disaffected Catholics are still so eager to root for anyone in a cassock (a conservative) as opposed to anyone in a sweater (a liberal), that many of them refuse to see the truth of Livieres removal and of the Urrutigoity situation.  And they'll howl if Bishop Finn is ever (justly) removed.

Cassocks are wonderful things.  Orthodox Catholicism is the life blood of the Church.  But don't let bad priests and bad bishops fool you.

Don't let them wear a cassock and get away with murder.