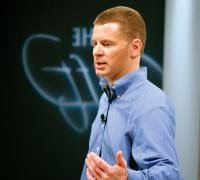 In one of his newsletters, Christopher West said ...

St. Augustine wrote, "Like a bridegroom Christ went forth from his chamber.... He came to the marriage-bed of the cross, and there in mounting it, he consummated his marriage. And when he perceived the sighs of the creature, he lovingly gave himself up to the torment in place of his bride, and joined himself to [her] forever"


Now Augustine was hardly a Westian.  But that's not my point.

This supports my claim that West is influenced by the neo-Gnostic Jung and by Jung's New Age followers - and that his regard for the Fathers of the Church is filtered through them.

And who is Jung?  He is one of the prophets of the New Age movement, and I know him of old.  As I wrote recently in an email to a friend ...

I read the entire Collected Works of C. G. Jung before my conversion ... Jung was my only source of spiritual nourishment in those dark days, and I know him quite well.  There's some good in Jung, and he himself had a kind of common sense when it came to certain things, and much of what he did served as a correction to the materialism and atheism of Freud - but at his core was not only Gnosticism, but a devotion to the occult in the form of alchemy and the "hieros gamos", the holy wedding, the "mysterium conjunctionis".  In Jung's case, this meant a marriage of light and dark.  Integrating the "shadow", or the dark side of our nature, was not only crucial to our own psychological development, Jung taught, but to God's.  This is really Jung's central thesis: you might call it the Marriage of Heaven and Hell.  When pressed, Jung would always say he wasn't talking about God as an objective being, but the symbol of God in our own psyches.  But, in effect, the great thesis of his entire body of work is that we must integrate darkness with light - and if the demiurge Yahweh did that, the New Age (aion) would dawn: the morning star would rise in our hearts if and when we could engage in a kind of holy sex, not only physically (which is no big deal for a Gnostic) but spiritually, echoing God's union with the Virgin, which concealed the reconciliation of Yahweh with Satan and the marriage of good and evil, producing a deeper good that transcended "conventional morality".


The New Age is a dangerous thing.  It is a blend of Gnosticism and the occult.  It has nothing to do with the Real Theology of the Body, which is all about the profound sacramental grace of marriage and which is deeply and thoroughly Christian.

The appeal of West and Westianism is largely the secret thrill of esoteric Gnsoticism and New Age nonsense.

I've been there.  I've done that.  And I urge you all to stay away. 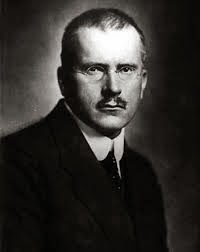 If you want to read Augustine, read him directly, not filtered through Jung and the Jungians.

If you want to read Pope St. John Paul II, do the same, and avoid the distortion of the lens used by the pop-Catholics of the TOB Institute.


*** ADDENDUM *** West claims he first heard this quotation from Bishop Fulton Sheen.  It's possible Sheen got it from Jung.  In fact Sheen seems to quote the same translation that includes the interpolated phrase.  I've also been told that the quotation is not definitely by St. Augustine, but probably by Caesarius of Arles - and it has been recognized as "pseudo Augustine" for a long time.

West, on the other hand, is deeply influenced by Jung's Neo-Gnostic nonsense.  Dawn Eden talks about the connection a bit (see p. 29) in her master's thesis.

Reader Juniper points out that (in effect) "joined himself to her forever" is not interpolated, but that it follows the body of the quotation and should be joined to it by an ellipsis, which is missing in all online citations I can find.  See his comment below.

I would love it if you wrote a book on the connections between Gnosticism and West. And it's not just West. It's every cult (using the modern definition) in the Church today.

These are alternatives to the Church and her teachings, and people ought to understand them for what they are.

Only a deeply disturbed person goes out looking for and collecting the kind of fake-quotes as West does.

What's the interpolated phrase in the quote? What's a more accurate translation?

The online latin source has the phrase: "et copulavit sibi perpetuo iure matronam" I only know a tiny bit of Latin, but it seems like the copulavit is happening perpetually to the matron. ;)

At any rate, googling around, it's crazy how often that quote is used in Jungian and other goofy sources. They've really latched onto it.

I know very, very little about Christopher West, so I can't really defend him. It strikes me as a bit of a stretch, though, to assume that this one quote betrays him as a Jungian. I have certainly used the phrase, "Quantity has a quality all its own," which has been attributed to Stalin (and several other prominent Soviet figures) -- yet I am neither a Soviet nor a Stalinist; it just expresses an idea that is sometimes handy. Countless people have used the quote, "Preach the Gospel at all times; use words when necessary," without being Franciscans, or for that matter followers of the (apparently unknown) person who first attributed that quote to St. Francis.

Howard, my assertion is not based on this one quote. Click on the Christopher West link in the post and read, if you have the time, the 80 plus posts I've put up on him over the years.

There are better articles on the internet than mine that deal with the heterodoxy of West. Dawn Eden, Fr. Angelo Mary Geiger, Alice von Hildebrand, Paul Stilwel, Steve Kellmeyer, Wade St. Onge, and many others have critiqued West, some from very solid scholarly positions.

Canadian philosopher George Grant covers Jung in his CBC radio series "Architects of Modern Thought'. His point is that beneath the spiritualistic language of Jung their is a danger greater than Freud lurking in his thought. Jung, did not so much reject God, as to make it ourselves (individually), as found in Eastern cults.