What the Hell is Going On? and Neil Diamond, Too

Not long ago I asked, "What would you do?" regarding a predator priest in the archdiocese of St. Paul, who had a long history of sexual misconduct with teen aged boys and who kept a camper on the parking lot of his parish, where he eventually molested two boys who were not yet teens.  Nobody told me what they would do, but Archbishop Nienstadt did nothing.  For this he was praised by conservative Catholics.

Well, there's another scandal in St. Paul, and you can read about it in detail at the Minnesota Public Radio site ... but let me summarize it for you. 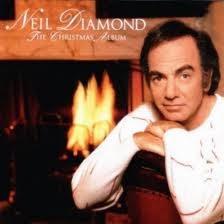 Please keep two things in mind.  Whether you can make a strained case (as Bill Donohue obviously will) that the archbishop is blameless from a narrow legalistic point of view, ask yourself when it comes to Fr. Shelley (as Rod Dreher does), "Who wants to take anything a cretin like that says about Jesus seriously?"

And read this poem, written by a victim of sexual abuse inflicted by a priest, and ask yourself if any decent person in his right mind would risk exposing an innocent child to this, regardless of how narrowly rules and regulations can be interpreted ...

The darkness is nothing new to me.
It sometimes lightens,
as if there is a light at the end of the tunnel.
But always, always it returns.
A tweak in the medicine here. A new way of thinking there.
A new way of facing God or dealing with spiritually.
Suicide is always knocking at my door
Beckoning me to experience relief
From the pain no one else can
I fight it.
Sometimes better than others.
The impulse to run is there.
Run where?
Don't know.
Away. Alone.
Free from pain. But it will follow.
Why do I have the honor of this pain?
Is God calling me to something more
Of which I am unable to grasp?
I feel alone on an island.
Without human help.
Without godly help.
Nothing works.
I just want to sleep.  Forever.

How do these guys make into the seminary? How do they end up getting ordained?

Eric, the only answer I can come up with is any actual belief in God has been abandoned; the empty shell of an unmarried all-male culture that exists to serve a God that no one believes in anymore serves only as a cover for this kind of behavior. The false culture these men assert becomes a mask that protects the real culture of homosexual license and sex with children. I really think, in many cases, it's literally that bad.

This is not to say that no priest or bishop is sincerely Christian, but a pretend culture now protects a true culture of unbelievable depravity.

This also explains liturgical abuse and lay Catholics who don't know who Jesus Christ is in any except the most superficial of ways. A true Catholic culture would not bear such fruit. Hypocrisy rotten to the core would.